CHAPTER 15: Off to the Land of the Ice and Snow
16338
post-template-default,single,single-post,postid-16338,single-format-standard,bridge-core-2.9.4,qodef-qi--no-touch,qi-addons-for-elementor-1.5.7,qode-page-transition-enabled,ajax_fade,page_not_loaded,,side_area_uncovered_from_content,qode-theme-ver-27.8,qode-theme-bridge,qode_header_in_grid,wpb-js-composer js-comp-ver-6.7.0,vc_responsive,elementor-default,elementor-kit-16505

CHAPTER 15: Off to the Land of the Ice and Snow 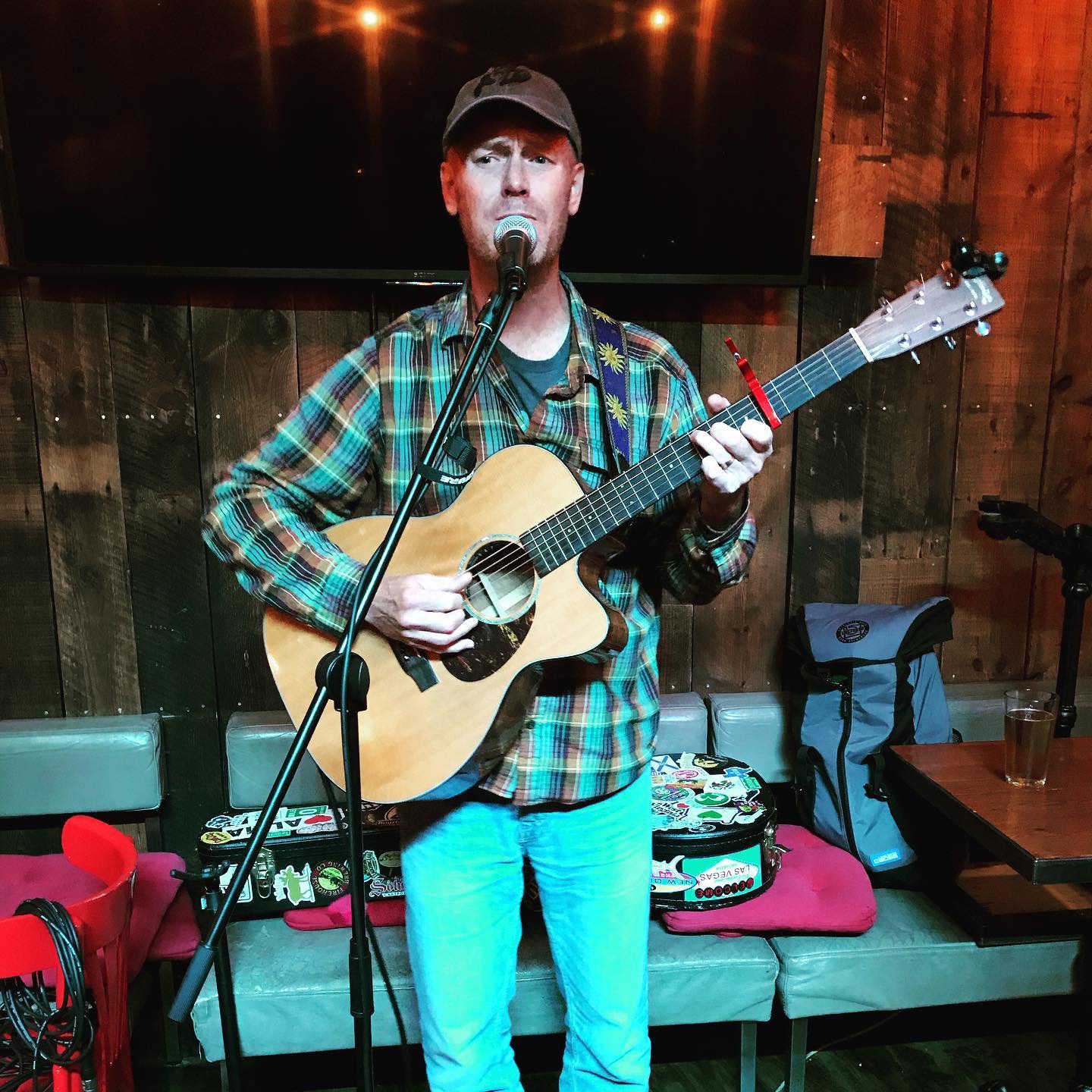 Posted at 18:17h in Design by otkadmin 0 Comments
0 Likes
Share
Next: epilogue

As the flight from London was making its final approach into Keflavík, Iceland, I had a lot on my mind.  I was still riding high from my performances in Manchester, England.  I was looking forward to my first trip to Iceland, and nervously wondering how the upcoming performance in Akureyri would go.  And I was worried about my guitar.

Unlike all of the other legs of this trip, I had been unable to sweet-talk the flight staff into storing my guitar in a closet.  I had been assured that it would come out on the carousel with the luggage, but it still weighed heavy on my mind.  Sure enough, it didn’t come out on the carousel, and I was prepared for a difficult situation trying to track it down, when Bill spotted it across the baggage claim area, just sitting in a bay with other large items to be taken by whomever.  This is why I go to great extents to try and get my guitar on the airplane with me.  It’s why I bought a guitar with a small body shape that will fit in the compartment overhead.

Once I had the Martin back in my hand though, I felt a huge relief and started to enjoy the moment again.  Bill and I rented a car and drove to nearby Reykjavík.  At every possible opportunity I attempted to speak Icelandic.  If I couldn’t try it out in Iceland, I couldn’t try it anywhere.  Luckily, I found that most Icelanders were very happy that I was attempting to learn the language (though usually also confused as to why) and were very happy to help me out.  The guy at the rental car office began telling me the story of his family very slowly to give me practice.  How nice is that?

We were only in Reykjavík for the one evening, but we had a great time walking around, seeing the sites, grabbing some dinner (reindeer) and enjoying some craft cocktails.  I hope to go back again someday and spend a little more time there.  In the morning we packed up for the drive to the North where we’d be staying a couple of nights in Akureyri.

Even though it’s already about a 5 hour drive to Akureyri, we decided to drive a couple of hours out of our way up towards the Western Fjords to see Kirkjufell, a really distinct looking mountain.  That detour was totally worth it.  Although when it started to sprinkle a little and we got out our rain jackets, we were less than happy to find that we had both bought the same jacket off of the clearance rack at REI.  We were going to be jacket buddies for this trip.

Driving in Iceland is an exercise of being constantly distracted by the scenery.  It really is a beautiful country.  On the way back from Kirkjufell to the Ring Road, Bill offered to drive a bit, and immediately we turned onto one of Iceland’s famous unpaved roads.  We were on that road for 2 and a half hours before we saw a paved road again!  It would be hard to find 2 and a half hours of unpaved road even here in Colorado.

Once in Akureyri, we walked up to meet my pen-pal Bjarni and his family.  He’s a drummer in a death metal band, a recording musician and a super nice guy. He was instrumental in helping me line up a gig there.  Bill and I checked into our hostel and then grabbed dinner at a local restaurant recommended by Bjarni.  After that, we met him at a micropub called R5.  It was really nice getting to spend time with him.  He’s been a good sport with my poor Icelandic, and he has a great sense of humor.

The next day Bill and I day tripped over to the Myvatn area.  We went to the waterfall Goðafoss, saw the “pseudo craters” at Skútustaðir, walked through the lava fields at Dimuborgir, climbed the small mountain Hverfell, visited the geothermally active Hveirir area and finally relaxed in the Myvatn Nature Baths.  It was a pretty full day.

When we got back to Akureyri, I relaxed a little and then got ready for the gig that evening at Akureyri Backpackers, a local hostel with a pub and restaurant.  As we walked down to the pub, I was pretty nervous.  I had plans to try to play one song in Icelandic… “Hoppipolla” by Sigur Rós, and I had no idea how that was going to go over.  Just playing in a place where I didn’t really speak to the language was intimidating enough.

As it turns out, I really had no reason to be worried.  Everyone there was so unbelievably helpful and supportive, I almost couldn’t fail.  Inga, the owner of the hostel who booked me (and now a heroine of mine), showed up and made me feel very welcome, and several people including Bjarni volunteered to help set up the sound system and get me hooked up.  It was just wonderful how everyone was excited and jumped in to help make the gig happen. They were all great ambassadors, and the whole experience left me with a very high opinion of people in Akureyri.

I started my set, and it seemed to be going well.  When I decided to play “Hoppipolla”, I was so nervous that I apologized ahead of time for my poor Icelandic.  I think my hands were actually shaking.  I use a looper on this song to add percussion, a bass line and other parts, so it takes a little while for me to “build” the song.  But there is a moment during this process where if you know this song, you’ll definitely recognize it.  Everyone was quietly chatting and half listening, but when I hit that moment, the place when dead quiet and the cell phones came out to video.  It was one of the most memorable moments in my music career.  I still can’t believe that happened.

After the gig, everyone was so complimentary and friendly, and Bill and I hung out for a good while chatting with Bjarni and some other locals.  I was floating.

The next day, Bill and I made our way back to Reykjavík to fly back to the States.  I was still having a hard time believing that the evening before wasn’t some dream.  The whole trip to the UK and Iceland just seemed to good to be true.  And then in the security line in the airport, I turned around and there behind me was Ilmur Krisjánsdóttir, one of the most well-known actresses in Iceland and a star of one of my favorite TV shows “Ófærð”.  I couldn’t believe it!  She was very gracious and took a photo with me, even though I’m sure I came across as an insane American.

To cap it all off, as I was walking across the concourse, a young Icelander came running up and asked if I had been playing in the North last night.  I said that I had been in Akureyri.  He said that he had been at the show, and thanked me for coming to Akureyri and especially for playing a song in Icelandic.  Wow.  You can understand why I think so highly of Icelanders.

And the airline attendant let me carry my guitar on the plane.