Technology Got the Best of Me 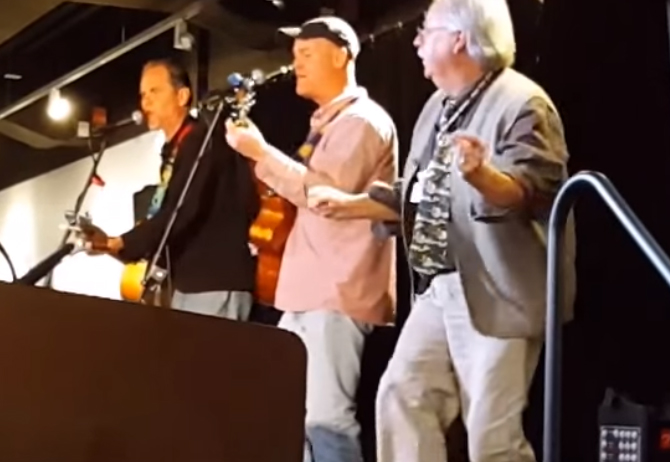 16 Feb Technology Got the Best of Me

Ever heard 500 cell phones go off at once?

Each year the entire staff of the Pikes Peak Library District gets together for an annual staff appreciation day.  They review the state of the library district and plans for the future, have break-out sessions hosted by various speakers,  discuss ideas and pose questions.  Given the size of the PPLD, it’s remarkable that they are able to coordinate an event like this.

This year the community engagement officer Sean Anglum asked if I would put together a performance for the closing session.  His idea was to send everyone away laughing and energized after such a full day of seriousness.  He also wanted the performance to reinforce some of the key concepts that were to be covered that day, AND he wanted it to include audience participation.  It sounded like a fun idea and a great challenge.

So the the question was how to design a performance that was humorous, actively engaging and relative to the themes of the day for 500 or so library staff members.   I certainly didn’t want to just make fun of the topics that mattered to the library, but I did want to get people laughing and involved.  It seemed a bit risky.

After some noodling, I came up with an idea.

One of the themes that day was “Balancing Technology in Your Life”, so I decided to tackle one of the aspects of technology that many people feel has invaded our lives a little too much …cell phones.  They’re always interrupting and distracting us, ruining movies and even causing accidents.  As a performer, I can’t even count the number of times that a cell phone has loudly gone off in the audience at a really bad time during my show.  It’s just a part of the deal nowadays.

I decided I would try and get everyone’s phone in the room to ring at once ..like immersion therapy.  I wrote a little song about cell pone interruptions, and before I played it, I demonstrated to the audience how to manually start and stop their cell phone ringtones.  Right before each chorus, I counted “1,2,3,4…” and everyone played their ringtone.  At the end of each chorus I then counted down “4,3,2,1…” and challenged the crowd to simultaneously silence there cell phones.  It took 3 tries, but in the end they got it.  It was really cool!

A hare-brained idea for sure, but totally worth it!

I also enlisted local legend Joe Uveges to play a couple of tunes including a song he wrote about librarians that is appropriately inappropriate.  That was a huge hit as you can imagine.  We ended the set with a rendition of the Backstreet Boys “I Want It That Way” that had everyone, including Sean Anglum, up and dancing.

Thanks to Dave Franklin for filming and to everyone for being such good sports!