Posted at 09:30h in Photography by otkadmin 0 Comments
0 Likes
Share

In full disclosure, I have to admit that my June photo-a-day project turned into 30 photos in 30 days.  I found myself forgetting to take a photo on some days and playing catch-up on others, but I stuck with it and took 30 pictures in June with my iPhone.

The nice thing about this project was that it had me constantly looking around me for subject matter, so I really took notice of my surroundings this month.  I’m sure people who saw me wandering down the street looking up into the sky or tossing my iPhone in the air in a rainstorm thought I was a little odd, but what can you do?

Some of the pictures turned out OK.  Others were complete flops, but that’s part of the process.  I even tried to experiment with the capabilities of the iPhone camera a bit, enlisting the timer, panoramic setting and built-in effects to create something unique.

Photo #1 (Bear Creek Glade)
I was mountain biking in Bear Creek when a pretty bad thunderstorm started rolling in.  I decided to get lower in the park for safety and came across this glade down by the creek.  The spacing of the trees, the white flowers and the unusual light caused by the incoming storm made the scene surreal.  I wish I had a better camera and the expertise to really capture the moment, but here’s what it looked like to my iPhone. 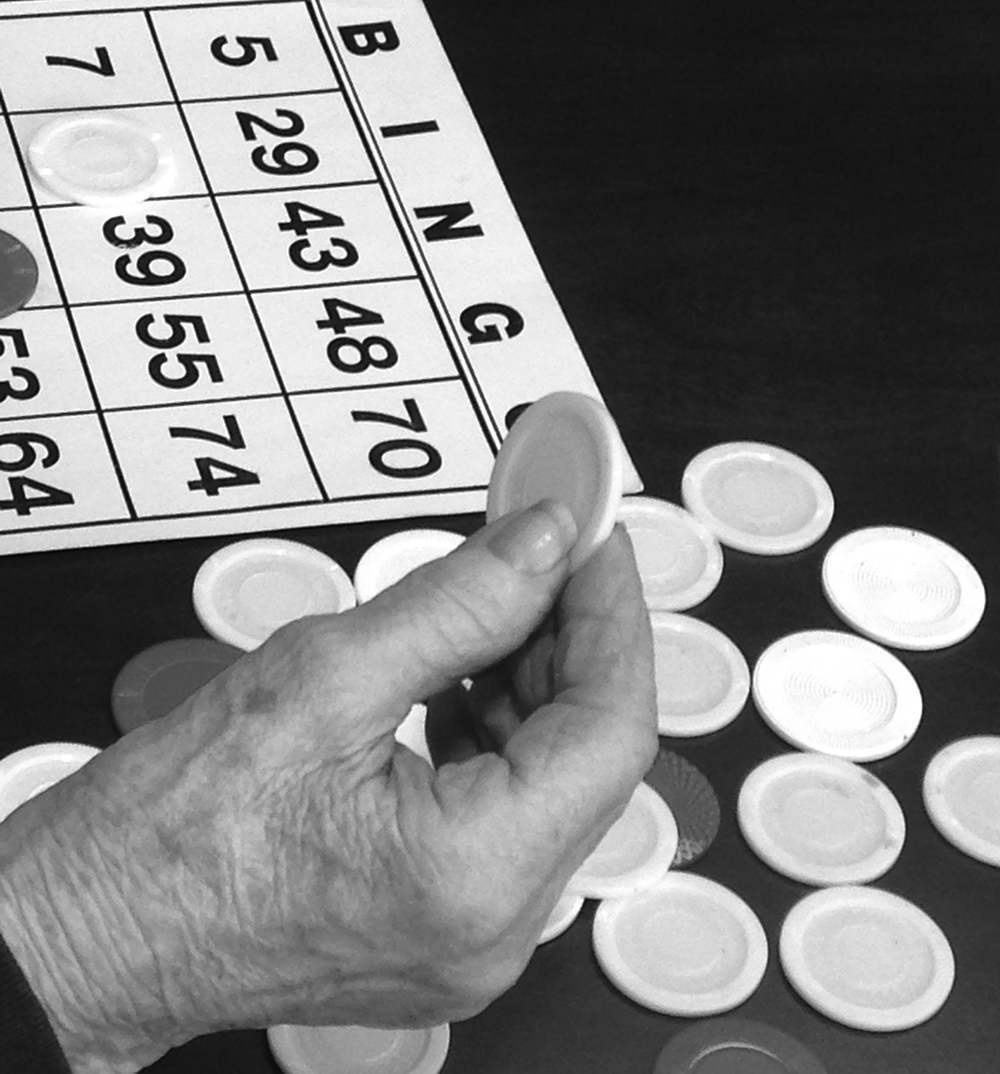 Photo #2 (I-19)
Mary and Molly volunteer running bingo at the memory ward of a local senior home, and sometimes I join them.  Some of the residents can play just fine.  Others barely seem to know what’s going on.  Some start of fine and then drift by the end of the session.  By each resident’s door there is a little shadow box telling their life history and reminding that they were all people with full lives once.  I snapped this photo during a game.  I-19 was the one number that everyone’s card had.  A good number.

Photo #3 (Waiting for No Man)
This photo was just a little experiment that turned out surprisingly good.  I put my iPhone in panoramic mode and took a 180 degree shot of our fence, all the while swinging an old watch in front to the camera.  I thought it was kind of cool. 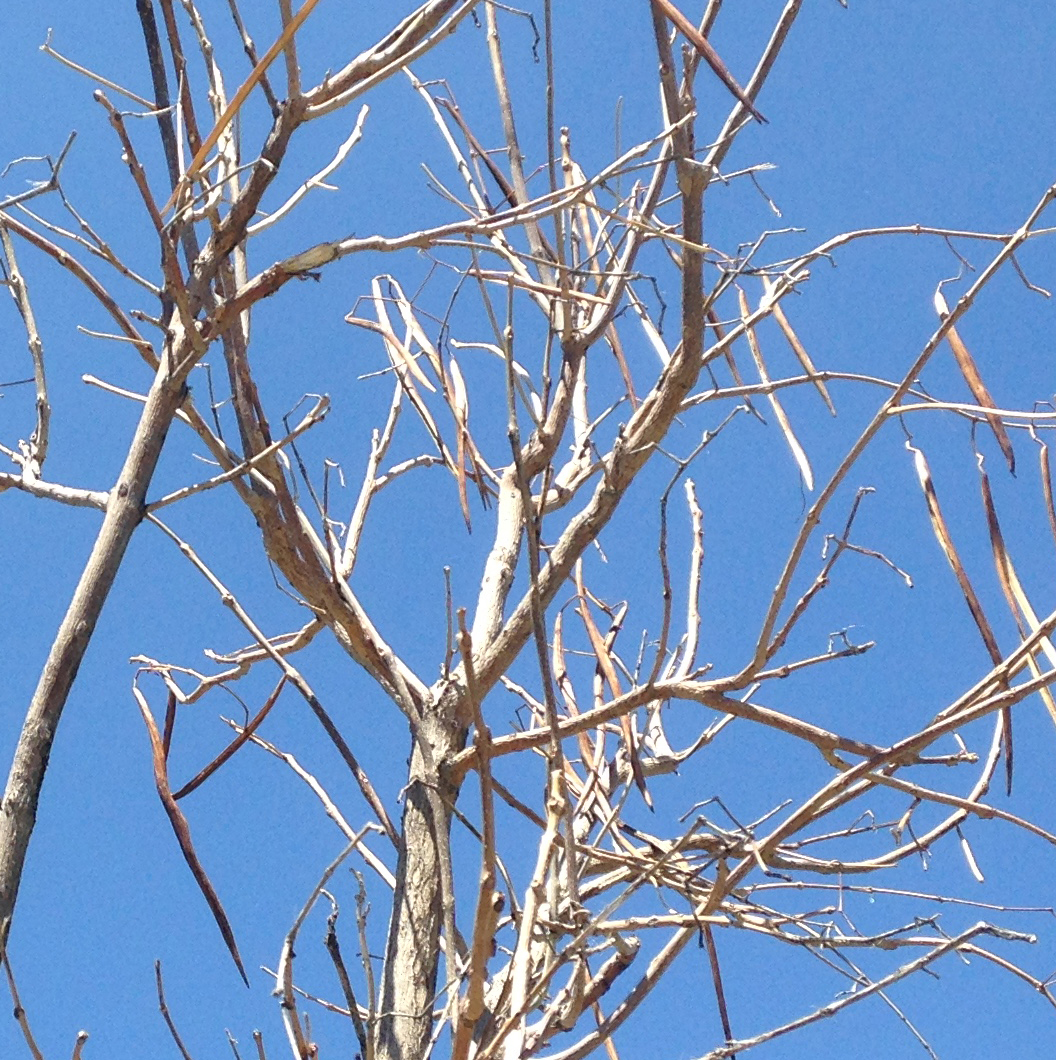 Photo #4 (Bones in the Sky)
I spent the entire day out in a park at a lacrosse tournament.  I was really having trouble finding something to photograph that wasn’t a lacrosse match or a hot and tired parent.  I did notice these bare trees which looked pretty stark against the clear blue sky.  It seemed very Georgia O-Keefe, so I took a shot. 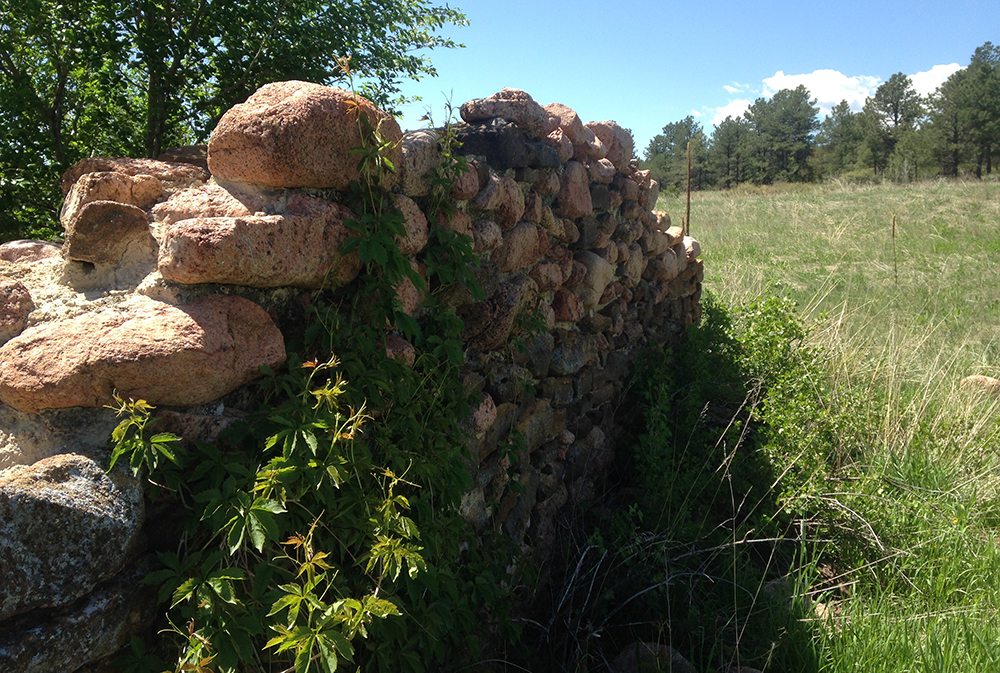 Photo #5 (Lizard Lounge)
I ride the Santa Fe bike trail quite often to get exercise, and I found this set of ruins a little of the trail just South of the Air Force Academy.   Although you can actually see then from the bike path, most people ride right by and don’t even notice.  There’s a game trial leading over to the overgrown remnants of 2 structures that were once a train station.  I rode over to get a closer look …and found lots of snakes and lizards.  None of the shots came out great.  The light in the middle of the day was intense.  I think this would be a better spot for photographing in the morning or evening.

Photo #6 (Positive Spin)
This one is another experiment.  I put the timer on and tossed the camera in the air spinning it as fast as I could on it’s longer axis.  What you’re looking at is a bed spread.