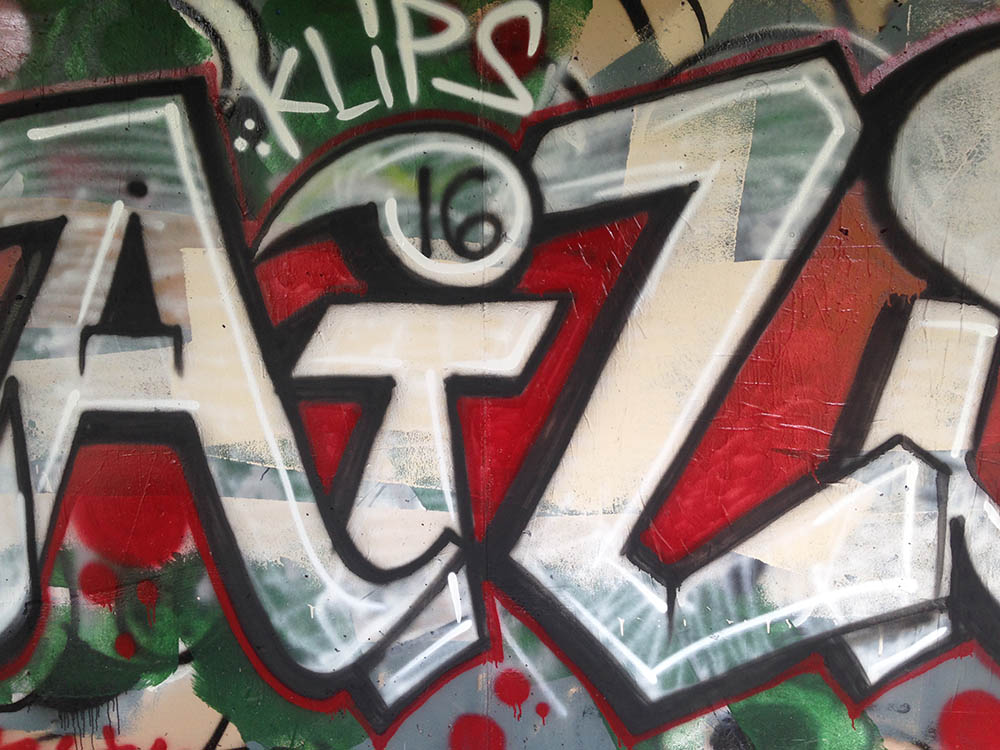 Posted at 10:23h in Photography by otkadmin 0 Comments
0 Likes
Share

These are the final few photos from my 30 day photo challenge.  It ended up being a great experience even if the photos weren’t all that good.  Got me to go off the beaten path a few times. 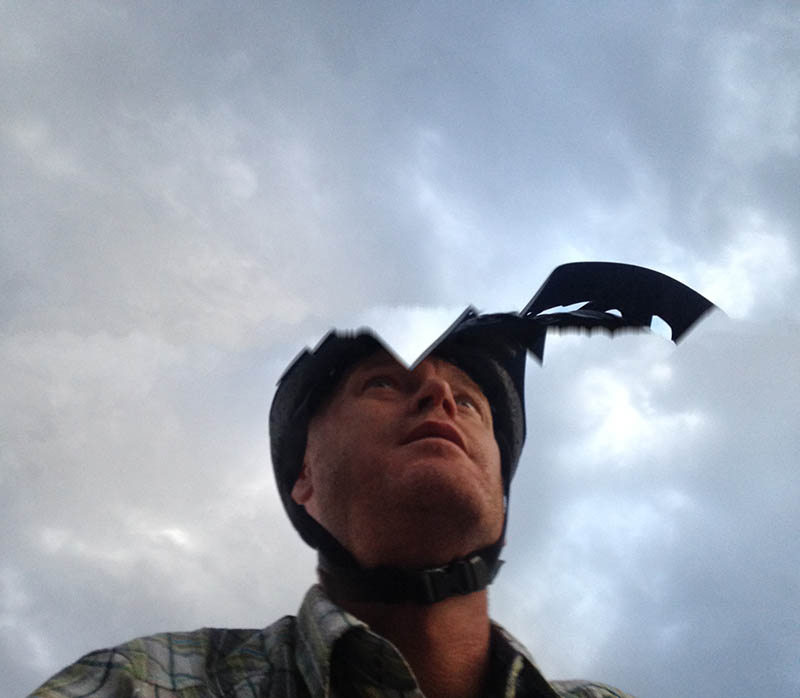 This is another experimental shot using the panoramic setting on my iPhone.  I was biking to work, and I pointed it up at the sky and just took a shot.  It came out much more interesting than I thought it would. 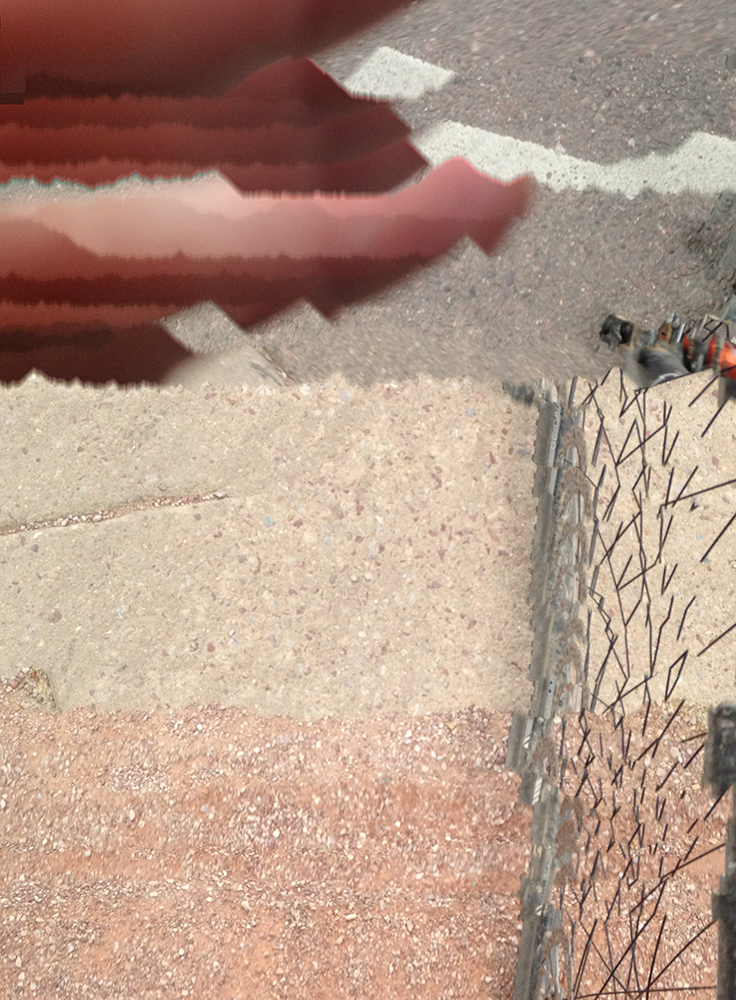 This was taken on the same ride as the photo above (as I mentioned before, I forgot to take a photo on a couple of days and doubled up on others).  I used the same technique but pointed the camera down in panoramic mode.  What you’re looking at are parts of the bike path, the road, my spokes, and possibly my fingers?  I think this one looks like it could be an album cover. 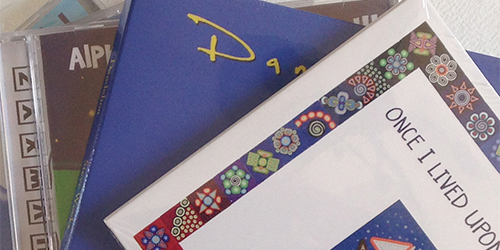 I’ve been re-designing my own web site lately, and I needed a photo of my CDs for the slide show that will be on the home page.  I decided that this was a good use of the photo-a-day project.  This is also an indication that maybe I do need a digital SLR camera since I’m taking useful photos like this quite a bit, and the iPhone just isn’t as good. 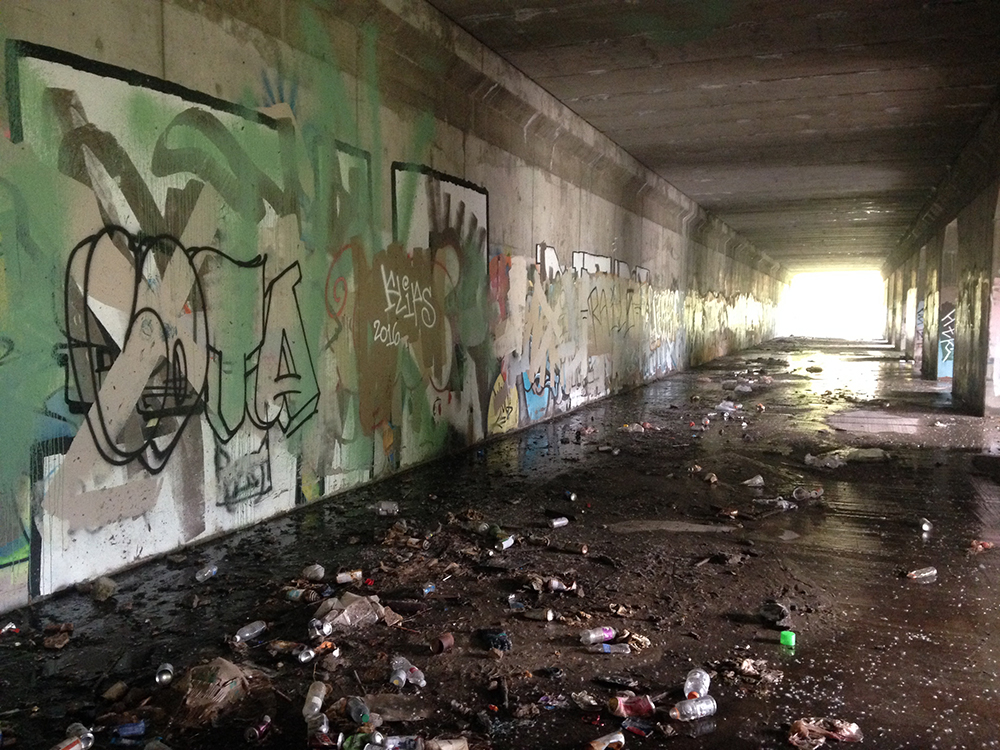 Riding up the Santa Fe trail, I’ve always seen graffiti under the road near Criterium bike shop and have wondered what it was like under there.  Now I know!  I hiked my bike down to this area which has 2 long “caverns” connected by a series of openings.  The skaters and BMXers have actually built a series of rails and ramps down there as well as an area to work on their equipment.   But as you can see there’s also a bunch of trash.  I don’t think I’d have ever gone here if if weren’t for this project. 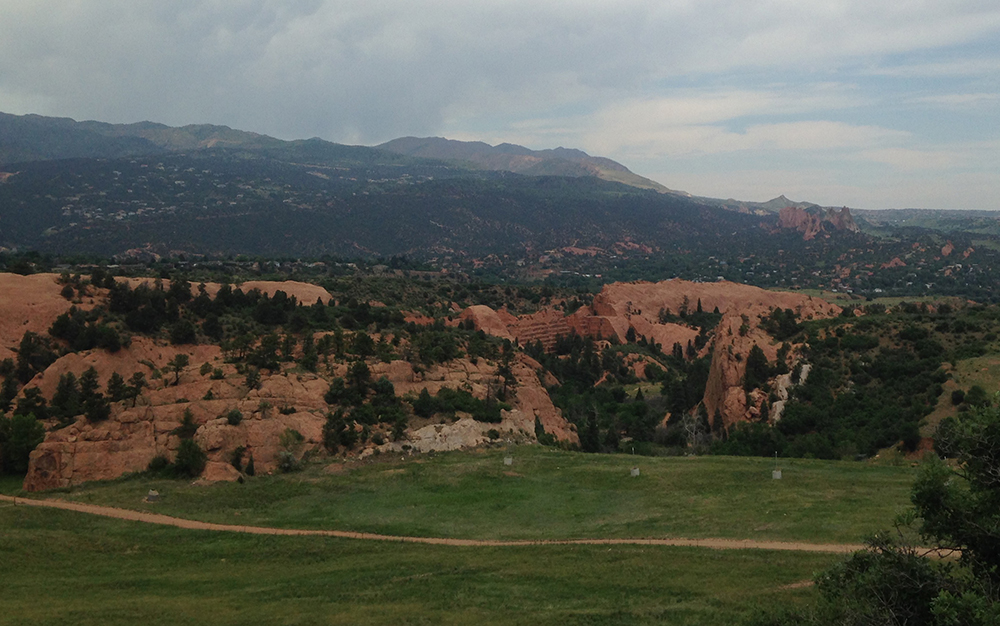 Further proof that I need better equipment and/or better technique for capturing landscapes.  I swear this was a really cool view from up on the ridge.  You can see the quarry and even garden of the Gods in the background.  Oh well. 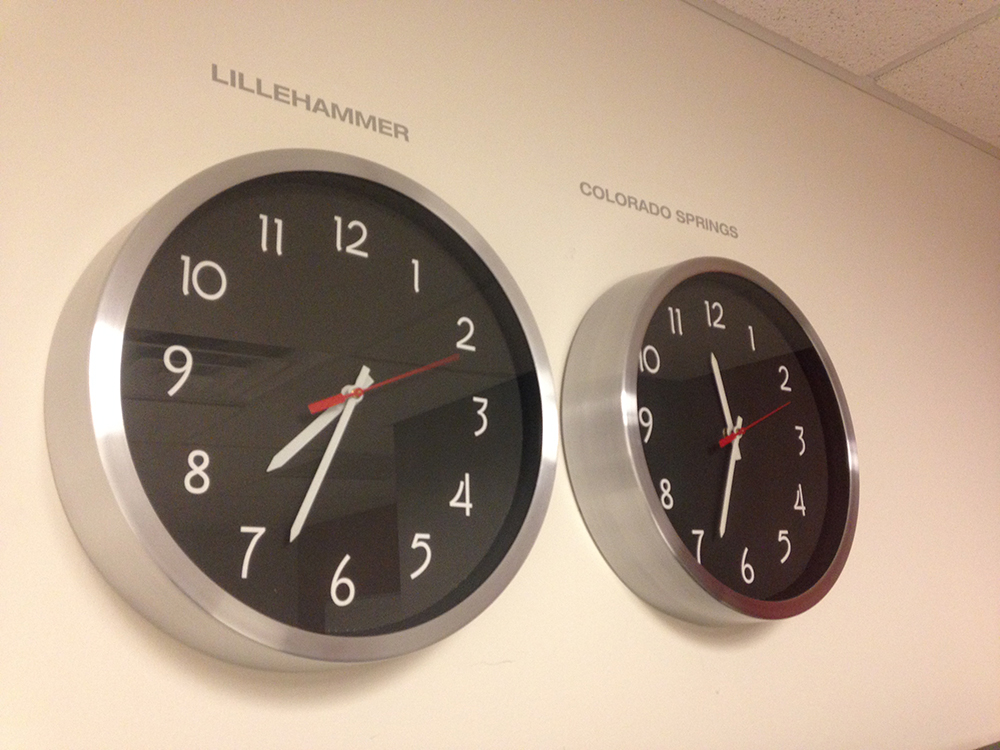 It was the last day of my project, and I just snapped a shot of the clocks at work.  Each room is named for a Olympic host city and has clocks for Colorado Springs and the host city.  I’m in the Melbourne room.  This shot is from the Lillehammer room …which is much cooler sounding.