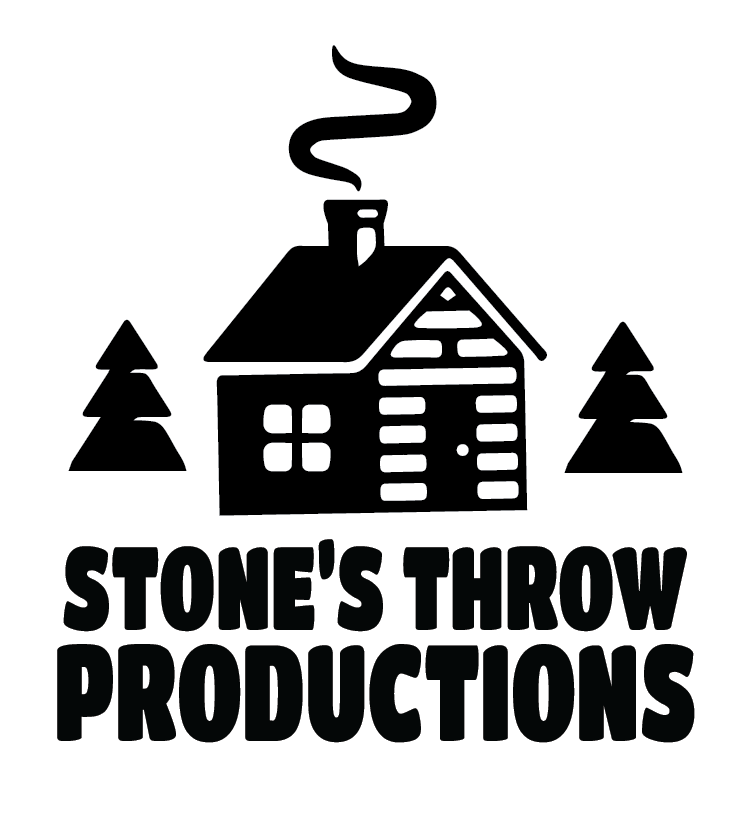 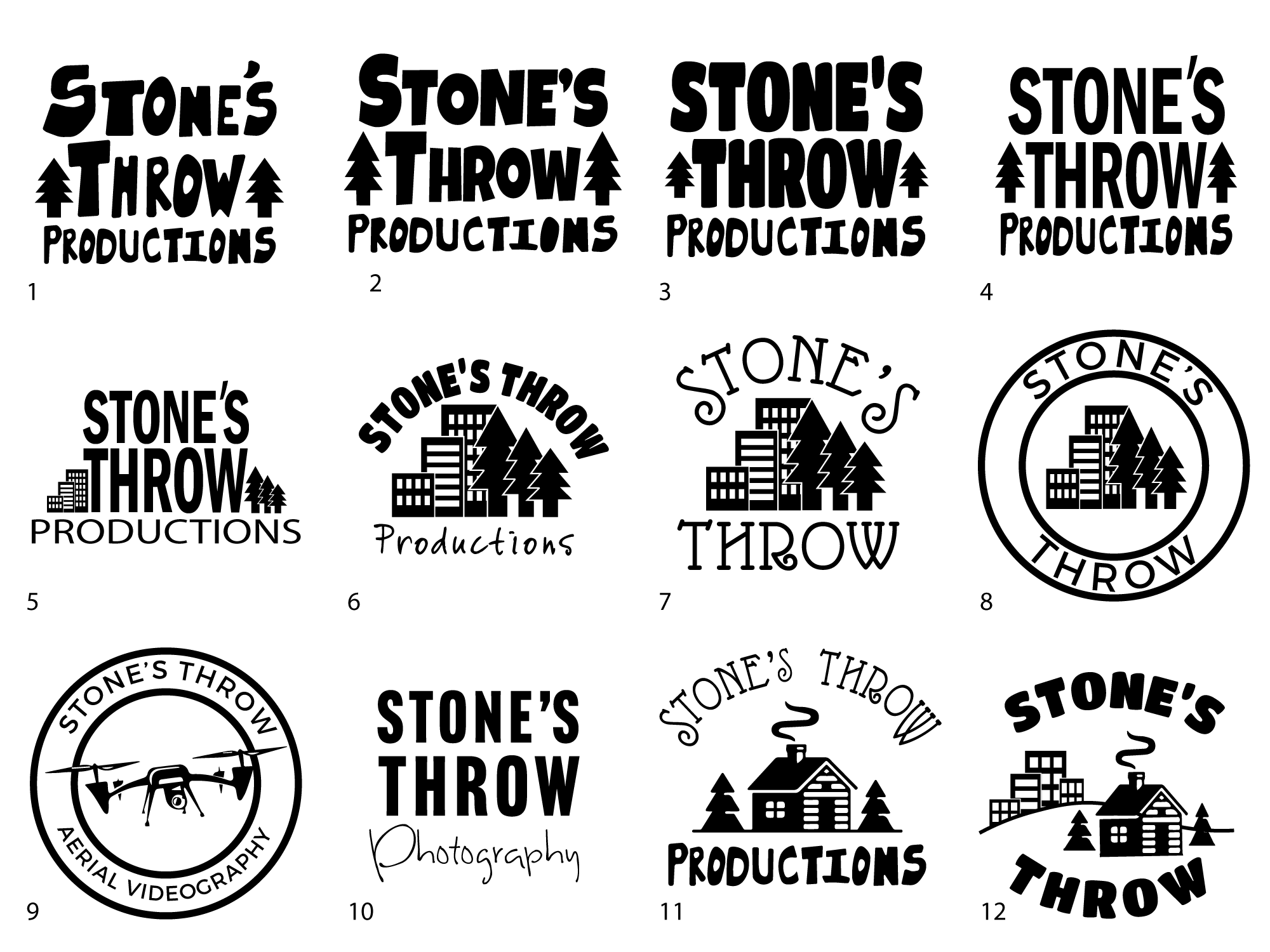 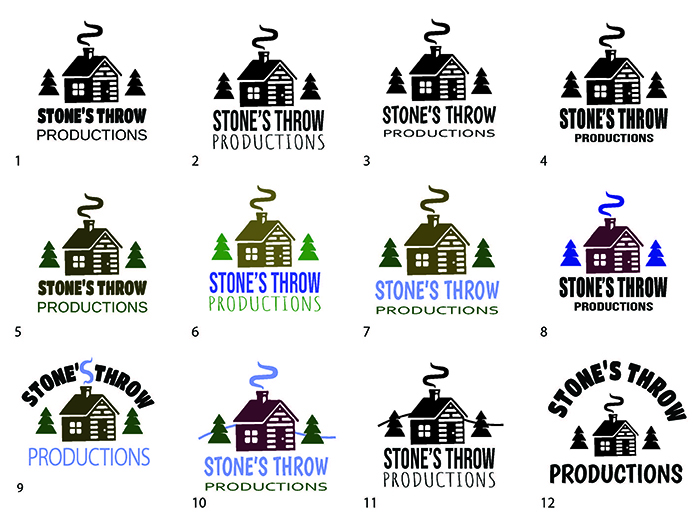 This was a project for a client who wanted to update their existing logo while still capturing it’s essence.  The company was named “Stone’s Throw” after a cabin in the mountains, and their logo was scanned from a crude wooden sign into which had been carved the name and a couple of trees.  The client was exactly sure what they wanted, but knew they wanted the logo to remind them personally of the cabin.

I started with a client briefing to learn about the company and what the logo should convey.  The company was involved in photography, videography and drone footage.  Much of the content they produced was nature based, so they wanted to capture a sense of the outdoors.  The company was very young and still figuring out it’s niche.

I presented the client with an initial gallery of a dozen or so rough ideas which gradually moved away from the original logo, gently at first and then drastically.  They really fell in love with a cabin element I had used in a couple of the ideas.  I then played around with this idea, presenting them with another gallery of logos all incorporating the cabin in different ways.  I also started to introduce a few color palettes.

Eventually they landed on a logo that still utilized a heavy block script reminiscent of the sign and included the cabin and some trees.  Because their budget was small for producing merchandise, they decided to just go with a B&W logo.  They felt that they could substitute any single color when having the logo screen-printed or embroidered.

This project was completed entirely in Illustrator and the deliverables included the  vector art logo, several bitmap versions of common dimensions, a reverse version (white on black), graphics made to social media specs (Facebook, Instagram etc.), iPhone and Andriod icons and a favicon which utilized the tree element.