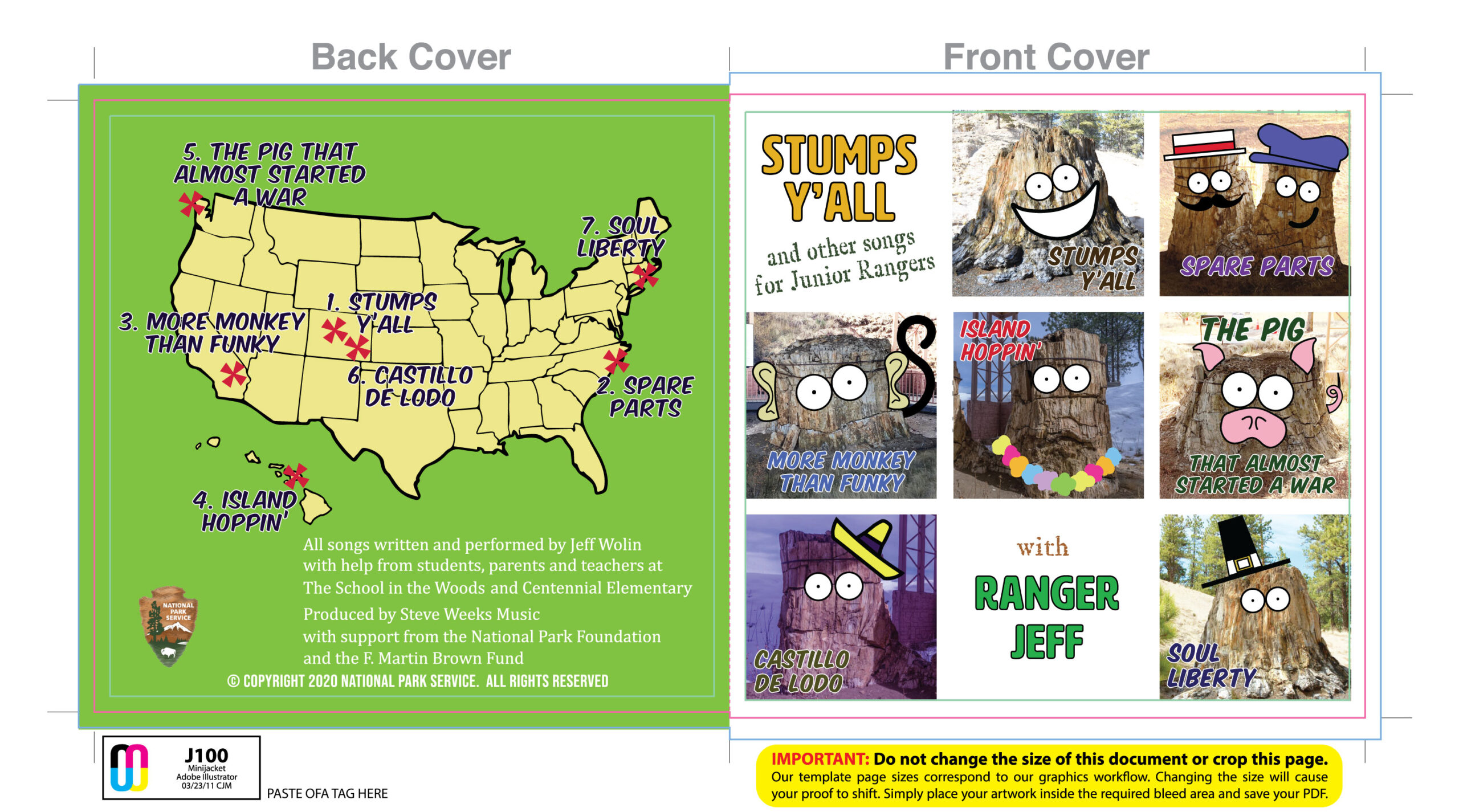 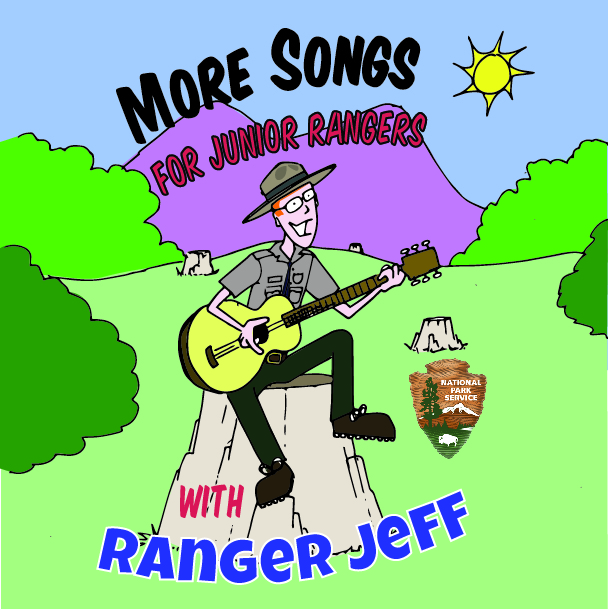 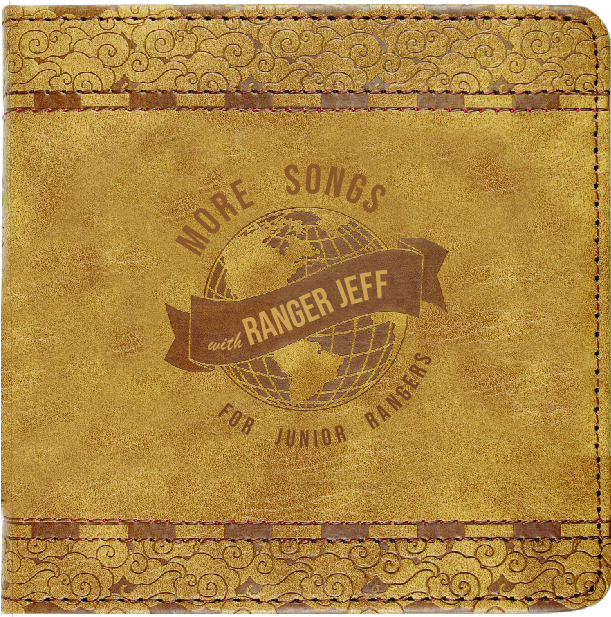 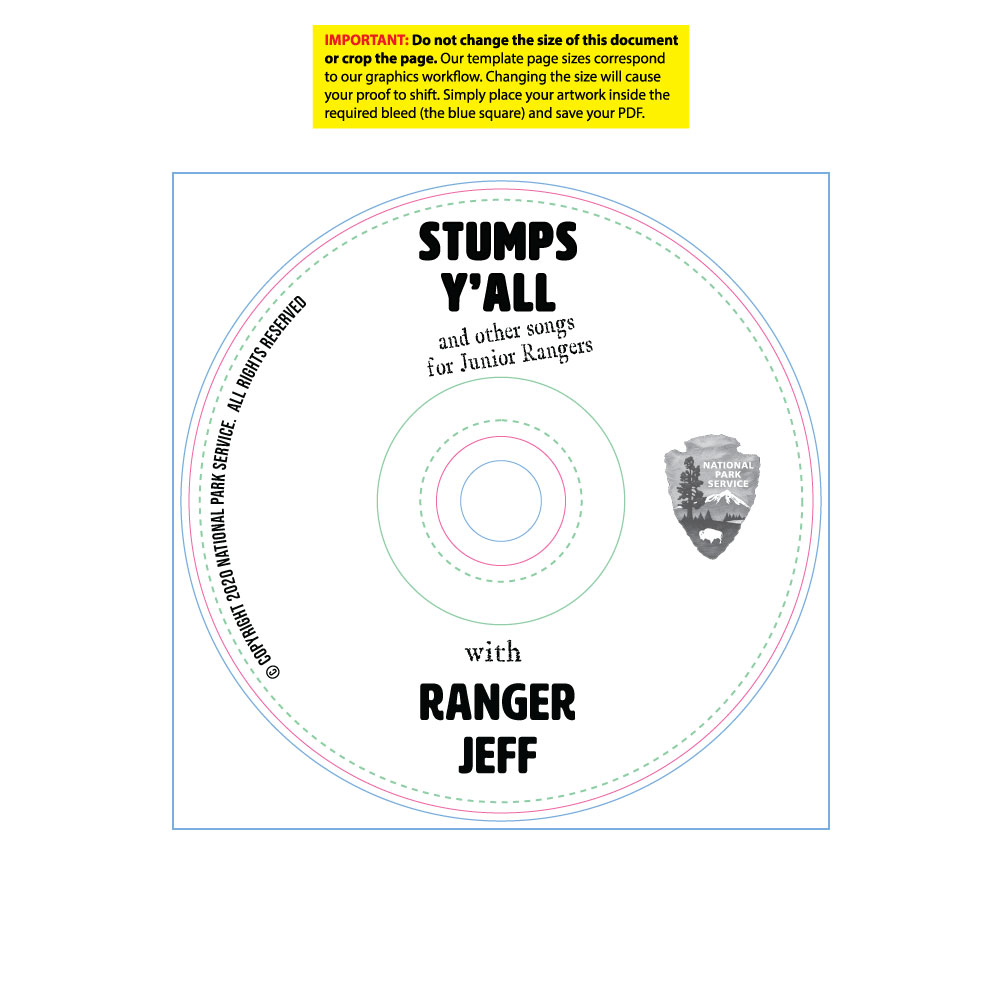 This was a project for the National Park Service.  A grant had been given to a ranger who had written some kid-friendly songs about various parks for the Junior Ranger program.  As he had no experience producing music, I was hired to produce and engineer a music CD of the collection.

I first met with the ranger to understand the songs he had written and recorded rough demos for.  We then collaborated to determine the music style of each song.  Given that the entire project had a limited fixed budget, I also had to perform most of the music parts other than his vocals and acoustic guitar.

I orchestrated, recorded, mixed and mastered the songs iteratively getting feedback from the client and adjusting as needed.  Once the album was complete, another grant was acquired to hire me to create the album cover artwork and assist in having physical copies of the CD produced.

I presented three different concepts for album covers.  Once the client picked a direction, I prototyped the cover and adjusted based on feedback, until a final design was created.  I then recommended a third party CD manufacturer and created proofs to their technical specs for the CD cover and CD face.

The project was completed using Logic Pro, and Adobe Audition for the music and Adone Illustrator and Photoshop for the artwork