Don’t Judge a Book Without Its Cover 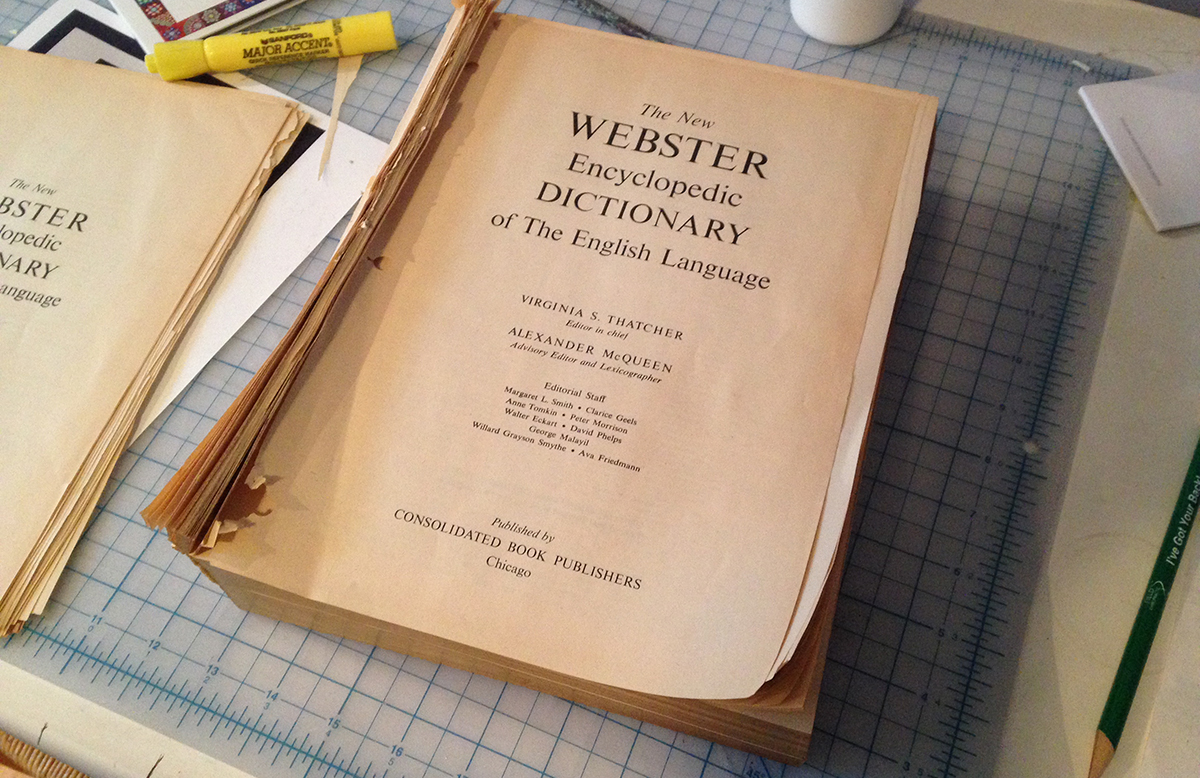 19 Jan Don’t Judge a Book Without Its Cover

Posted at 08:08h in Art by otkadmin 0 Comments
0 Likes
Share 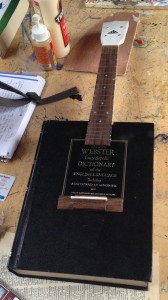 As I mentioned in my previous post, my daughter is making a ukulele out of a book for her personal project at school.  In order to do this, she bought a very old dictionary (it doesn’t even include the word “selfie”) and removed all the pages as she would only be using the cover.  As I was about to toss the giant textblock of paper into our recycle bin, I recalled that “reuse” comes before “recycle”, and that got my brain ticking.

I remember seeing this great TED talk about an artist who carves sculptures out of books.  I thought that the pieces he created were amazing.  He would excavate into a book leaving layers of the illustrations as he went.  The results were sort of like colorful 3-D collages.  Could I do something like that?

As I thumbed through the lexiconic carcass, I immediately realized that there were no illustrations, not a single one!  How in the world am I supposed to know what a “quintain” is without visual aid?  And how would I ever create a visually engaging piece without any pretty pictures?  It seemed to go against common sense.

But logic and common sense have never stopped me from hare-brained ideas before, so I pondered a bit and came up with a plan.  I decided that I would carve into the textblock leaving one word to represent each letter of the alphabet.  Maybe I’d add my own pictures also.  I’m not exactly sure about that part.

One problem is that way back then there were so few words in the English language that began with the letter “X” (we have so many now, like X-men, XML and Xcel) that they all fit on one page …a page that’s facing the wrong way.  So I’ll likely have to flip the X page, but other than that, I’m going to leave everything in its original place.

This means that I can’t just pick any old word for each letter.  I had to divide the page into 26 sections (27 actually since there were 3 columns) and choose one word that appears in each section.  This took a little while but for the record, I believe the words that will work are:

Been meaning to dig into a good book lately?   Grab an old one (you know, the one that’s so useless you don’t even think Goodwill would take it) and come up with a design.  I’ll post more later about the steps to make a book carving …as I learn them.