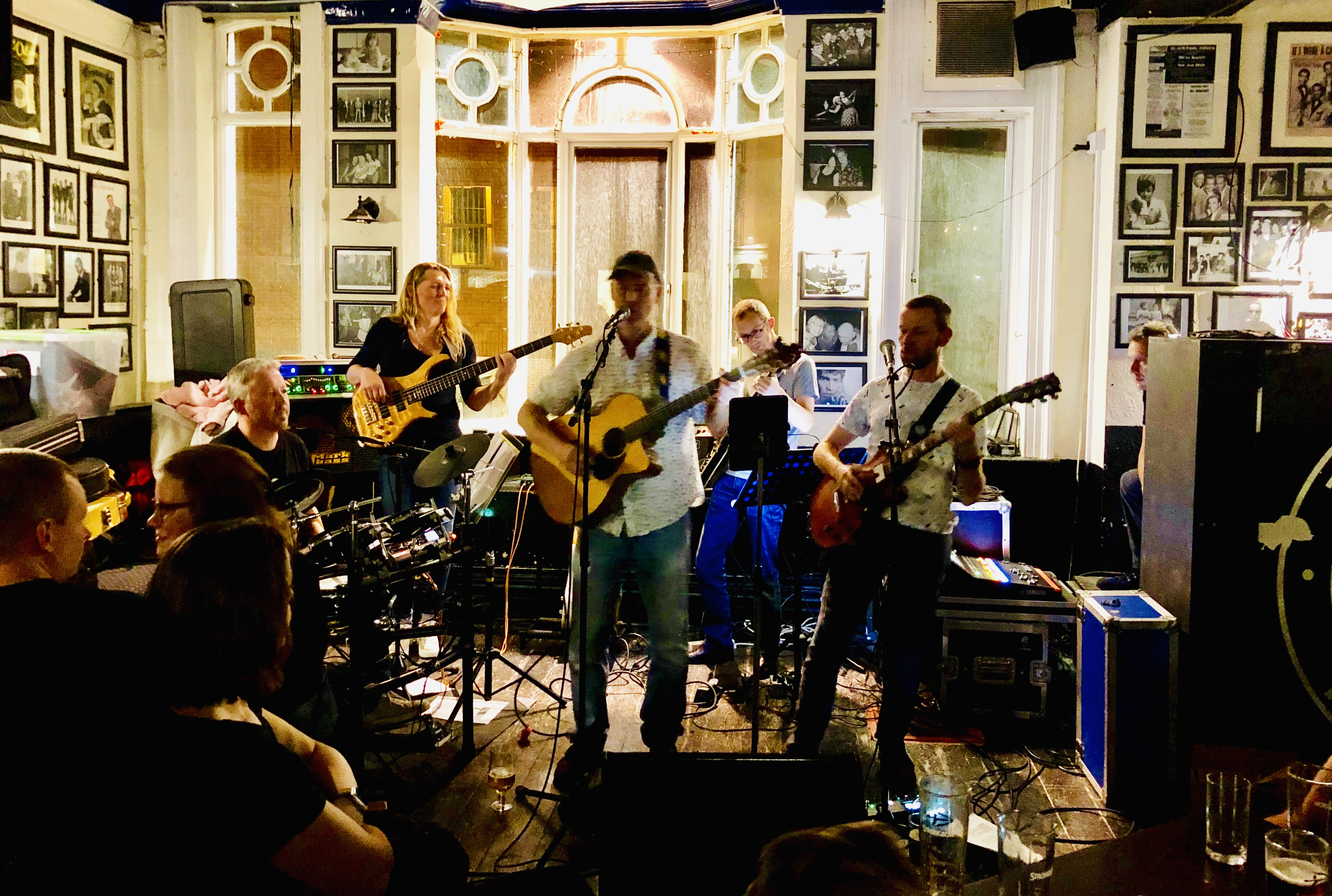 Posted at 08:37h in Design by otkadmin 0 Comments
0 Likes
Share

NEXT: Chapter 2 (A Madman’s Dream)

In September of this year, I achieved a big goal of mine.  I was lucky enough to perform in the UK and Iceland!

It was an important accomplishment for me, for several reasons.  It was my first time performing in Europe, something that I had always dreamed of doing.  Also, it was the first “full band” concert of my pseudonymous geocaching music band The Travel Bugs, and the collaboration required to make this happen was one of the most interesting and fun musical projects that I have been a part of. To top it off I got to visit Iceland, which has been on my bucket list for a while.  So how does something crazy like this happen? Well, it’s… complicated.

First a little background.  Back in 2010, I was in a bit of a holding pattern as far as music went.  It had been 4 years since my last CD of family music, and although I had worked on a couple of small personal music projects, I really was at a loss in terms of what to do next.  It seemed at the time that a lot was riding on my next move.  I decided I needed to produce a CD just for the joy of it and to keep in practice.  I decided that a CD of music about the hobby of geocaching was just the ticket.

If you’re not familiar with geocaching, you can think of it as a world-wide scavenger hunt.  People hide things and others go find them.  That’s an overly simplified description, but it would take several blogs to really cover the subject.  Just know that it has very large participation numbers and that my family geocached fairly regularly when my kids were small.  If you’re into the outdoors and like puzzles, it’s a wonderful activity.

I thought a thematic album about geocaching would be perfect.  It would allow me to explore several different genres and even incorporate some humor.  And although I knew it would never be a big money maker, I thought that given the large number of geocachers, geocaching organizations, and geocaching events, that I was likely to break even at least.  It just seemed like a fun project where the stakes weren’t all that high.

So I produced a CD of 9 songs about geocaching.  I created a fake band called The Travel Bugs and made up band members whom I named, assigned instruments and even wrote biographies for.   Like I said, it was just for fun.  The project immediately broke even and became somewhat of a cult hit among a small portion of the geocaching community.

I began to think that I could perform at geocaching events although I’d probably have to perform acoustic “unplugged” versions of the songs.  I even tested this idea out at an event in Wisconsin.  However, it never seemed to work out since geocaching events primarily run on volunteerism and elbow grease.  There just was never a budget for music entertainment, and I didn’t have the funds to bankroll concerts myself.  Having said that, I get contacted several times a year by events that are interested in booking the “band”, but it never goes anywhere once expenses enter the conversation.  I had pretty much given up on that idea, and besides, right about this time, I produced another CD of family music that did very well and had me travelling a ton all over the US performing for about the next 5 years.

So the concept of performing as The Travel Bugs was pretty much dead in my mind.

NEXT: CHapter 2 (a Madman’s Dream)