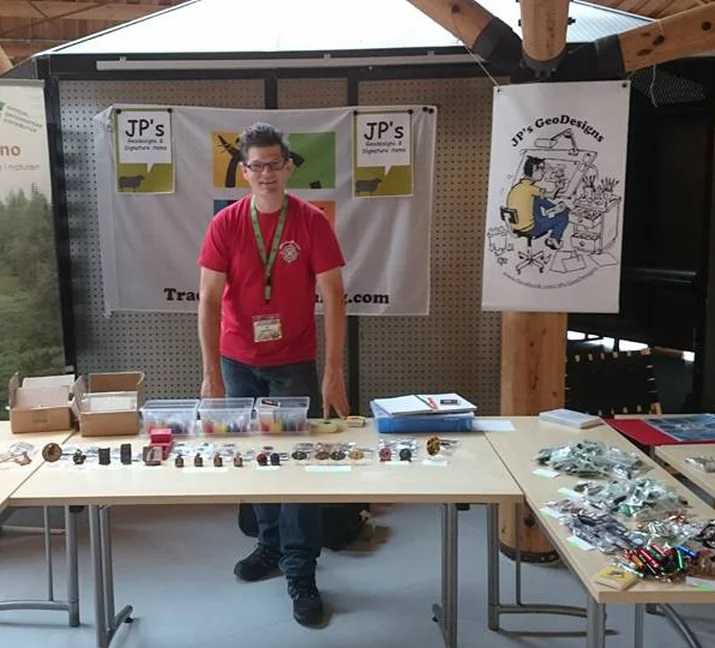 Posted at 06:41h in Design by otkadmin 0 Comments
0 Likes
Share
NEXT: Chapter 3:  Meet the Belgians

As I mentioned in my last entry “CHAPTER 1: JUST FOR FUN”, I’d never had much luck booking performances for my geocaching music project The Travel Bugs, primarily due to the lack of budget.  So when some guy named Jon-Paul contacted me from Estonia saying that he wanted to book The Travel Bugs for an event in the UK, I wasn’t overly optimistic.  Don’t get me wrong, I REALLY wanted to make it happen, but I had been down this road so many times, and figured that if I couldn’t get a gig to work in the US due to lack of funds, how in the world would I manage one in Europe?

Here’s the thing about Jon-Paul.  He’s a very scrappy, resourceful guy, and he had absolutely decided on making the first ever Travel Bugs concert happen.  Now, I’m a fairly cautious person and somewhat risk-averse, so I immediately started pointing out all of the logistical and budgetary obstacles and telling him my sad story of never being able to make this work in the past.   But Jon-Paul was off and running.

I told him the Travel Bugs’ dirty little secret, that there never was a band.  I had recorded the album alone and just tried to make it sound like a full band.  Undaunted, he said that we’d just have to find musicians to back me up.  I told him I haven’t even performed these songs in years, and he said that, well, I’d just have to re-learn them.  I mentioned the elephant in the room, the expense of getting to the UK from the US, and he said, “We’ll find the money”.  His enthusiasm and confidence were infectious and my pessimism waned to the point where I actually was giving this thing a 50% chance of happening… up from 0%.  Jon-Paul was at 100% from day one.

So we had several Skype meetings, in which one of us was always bleary-eyed from it being too late or too early due to the time difference.  We discussed the possibility of doing a fund-raiser, minting a coin to commemorate the concert, travel logistics and other hare-brained ideas.  Jon-Paul was dreaming big… a stage, lights, full band, and a pub show afterwards.  My outlook rose to 51%, officially changing it from pessimism to optimism.  I started actually listening to the songs and trying to remember how to play them on my guitar and looking into airfare to England.

There are going to be several heroes in this story, but make no mistake, Jon-Paul was first and foremost.  He was the linchpin, and without his tenacity and hard work, this would have never gotten out of the gate.  He has earned the the right to say that he caused the first ever Travel Bugs concert to happen.

I’d be lying though if I didn’t say that all through this, I was still waiting for the other shoe to drop, an email saying that the budget had disappeared or that Jon-Paul had lost interest.  At best, I felt like I needed to prepare myself for solo acoustic set.  Even if this crazy idea came to fruition, there was no way that we could pull off a concert with a full rock band, right?

Then, I got a message on Facebook from a drummer in Belgium named Hans

PREVIOUS: Chapter 1 (The Saga Begins)
NEXT: Chapter 3 (Meet the belgians)