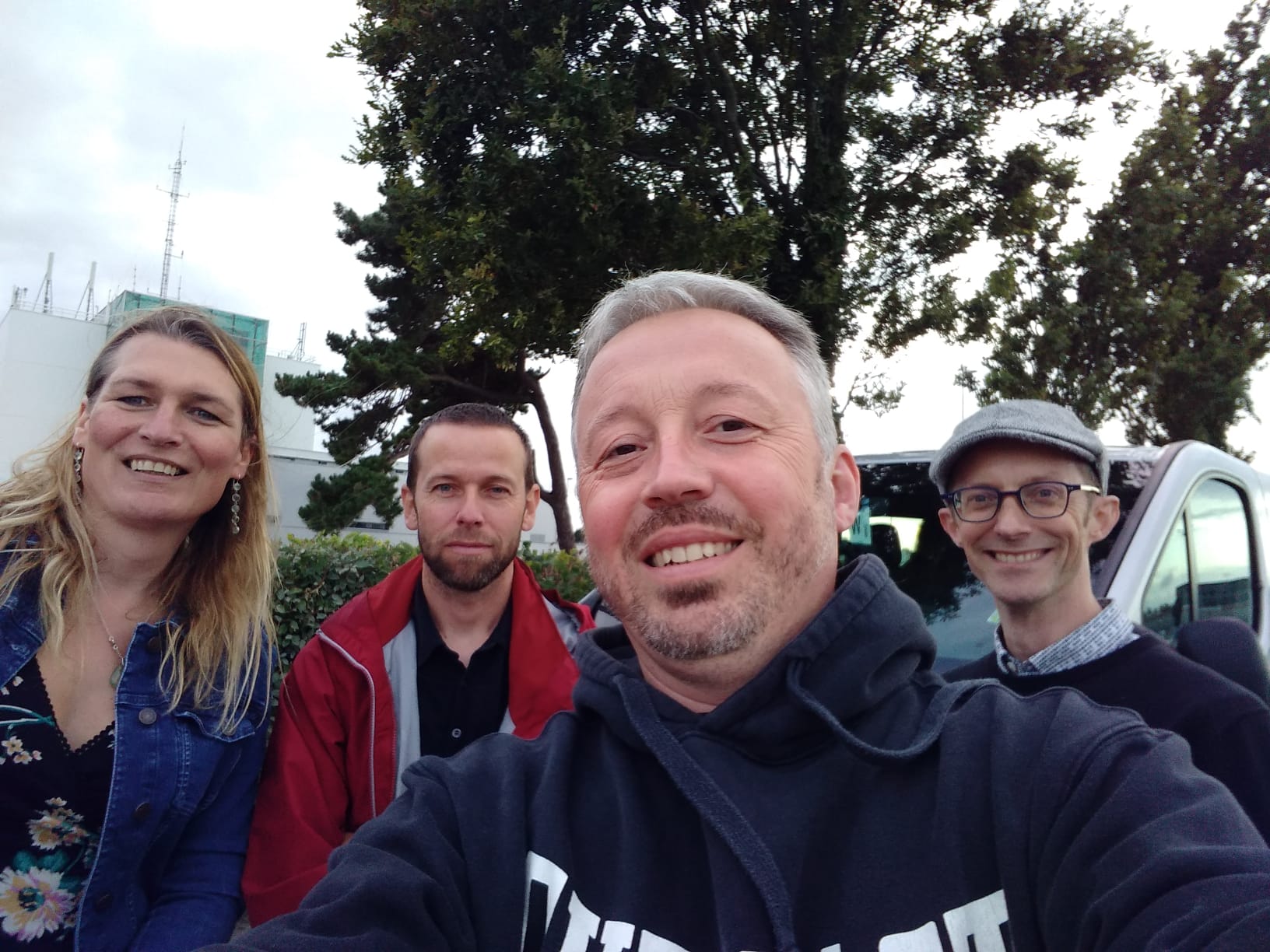 Posted at 08:04h in Design by otkadmin 0 Comments
0 Likes
Share
NEXT: Chapter 4 (A Long-distance relationship)

To bring you up to date, I had been coaxed, coddled and convinced into believing the unbelievable, that I was going to get the chance to perform in the UK.  My contact Jon-Paul was moving ahead at full steam toward a Travel Bugs concert at the GeoCoinfest Europe 2019 event in Manchester, England.

I guess I should take a moment for the benefit of those readers who may not be geocachers and explain what the heck that last sentence means.  Geocoins are commemorative coins that geocachers have minted to celebrate events, organizations, caches, themselves or really just about anything in the geocaching “ecosystem”.  As I mentioned, the landscape of geocaching is extensive and would take more than this blog to explain, but suffice it to say, that enough people collect and trade geocoins to merit large scale events for them.  This particular event was for the European geocoin enthusiasts.  Yes, there’s a separate one in the US.

Jon-Paul is a graphic designer, and one of the things he does is design and mint coins.  Events or geocachers will commission him to create coins for them which are trackable on the geocaching web site.  So, he was not only the vice-chair for the event, he is also a well-known player in the geocoin world.

OK, back to regular programming.  So, I was really thinking in my head that I would have to pull off a solo acoustic “unplugged” concert.  A full band performance seemed like a pipe dream.  That is until a fellow from Belgium named Hans Dejonghe messaged me saying that he and his band were going to back me up at the event in Manchester.

So just to recap, a guy living in Estonia booked an American to perform with musicians from Belgium at an event in the United Kingdom.  Yeah, I think I got that right.

So, let’s meet the Belgians…

Hans Dejonghe
Hans is drummer and madman of a geocaching rock group called Bugsy Travels and the Ammo Boxes.  They play geocaching parodies of rock songs, and Hans is the guy who comes up with the lyrics.  Some of his classic hits are “Pokemon Killed the Geocache Star” and “The Cache is in a Bottle”.  When he first contacted me, I didn’t know what to think, but within minutes he made references to Spinal Tap, craft beer and They Might Be Giants, so I quickly realized we were birds of a feather.  Hans has a great goofy sense of humor and positive attitude.  I spent a fair amount of time making fun of drummers, and he returned the favor by poking fun at singer/songwriters.  Yeah, we hit it off swimmingly right away.

Jan Muylle
Jan is the intimidatingly good lead guitarist and vocalist for the band.  He’s involved in several music projects and does a lot of the engineering work for the group.  His vocal range is one of the reasons that Bugsy Travels and the Ammo Boxes can tackle just about any song from gritty rock to lighter pop.  One moment he’s Sting and the next Liam Gallagher.  I was honestly afraid to play a solo in front of him.

Nico Vandamme
The Muscles from Brussels… OK, I don’t even think he lives in Brussels, but with the last name Vandamme…   Nico is the rhythm guitarist for the band.  He lays down the rock upon which Jan builds a blistering solo.  He’s fairly soft-spoken with a great dry sense of humor.  When he speaks, you wanna listen cause it’s gonna be good. Every band has that musician who really creates a foundation, and that’s Nico.

Yasmine Corveleyn
Oh the lovely Yasmine.  How these guys ever roped her into joining a rock band, I’ll never know, but they are very lucky to have her holding down the back beat with Hans.  Not only is she a rock-solid bassist, but she raised our likability factor by a full 150 points.  Plus, every now and then, you’ll hear that bass slap a little.  There’s some funk in our Yasmine’s soul.

I wasn’t involved with searching for a band, so I feel like I really won the lottery in having this group of musicians agree to be Travel Bugs for a day.  It’s a pretty big request to ask a band to learn your music, so I really owe them for taking this on.  They’re all top-notch musicians, very personable and welcoming and as proud of their Belgian beer as we Coloradans are of ours.  I’m better for knowing them and getting to collaborate with them.

What had we just agreed to do?

PREVIOUS: chapter 2 (a madman’s dream)
NEXT: Chapter 4 (A Long-distance relationship)

NEXT: Chapter 4: A LONG-DISTANCE RELATIONSHIP