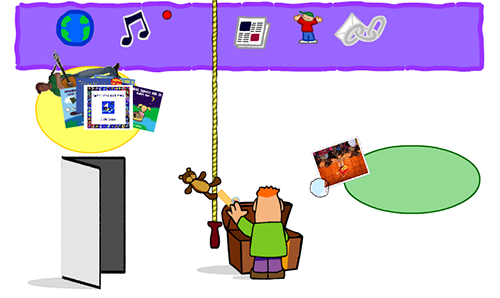 After having put it off for way too long, I finally decided to re-design my web site www.steveweeksmusic.com.
I’ve known the site needed an overhaul for quite a while.  It was very dated looking, didn’t work well on mobile devices and was way overbuilt.  It had one of those flash animation movies that were so popular a decade or more ago and had grown into a bit of a monster as I added random things to it over the years.  Whatever design it may have originally had became a bit lost in all the detritus that had grown on it.

I delayed re-doing the site for two reasons.  First, I knew from the last time I developed the site, that the amount of work would be huge, and secondly, I was hesitant to see all the work I had previously done get scrapped.  Although the Flash movie intro was clearly an albatross these days, I was really proud of it.  It had taken me a very long time and a lot of effort to create, and I learned so much about animation, sound creation and vector art during the process.   I just hated to see it go.  If you’re interested in what it looked like before, you can check out the Wayback Machine.

But it was time, so I embarked on an effort to revamp the whole site.  I decided that I wanted to treat the project as if I were dealing with an outside client, and I wanted to employ some sort of mobile-first methodology in the design and implementation.  This was the type of situation where I would normally just start coding.  However, I thought it would be a great opportunity to learn something new and that my web site would be all the better for it if I took some time in the approach.

So a mapped out a quick strategy and promised myself that I would stick to it.  First I would spend some time gathering requirements and asking myself what I wanted out of my web site and out of the re-design process. Then I’d inventory the site to determine what would be on the various pages (and what would not), then I would go through a mobile-first design creating a site that was primarily meant for phones and tablets.  Then I would develop a plan for coding, testing and launching the new site.  Finally, I wanted to actually maintain a backlog of future development items for the site.

It turned out to be well worth the effort, and I’m really glad that I approached it this way.  If you’re interested in following along on the journey, the next few blog entries will track this process.  There might be some techno-geeky stuff included, but probably it’ll be more about design than anything.  So check back in if you want to see how I went about updating an out-of-date web site!

NEXT: What was I thinking (Gathering Requirements)