Steal This Song – The Music 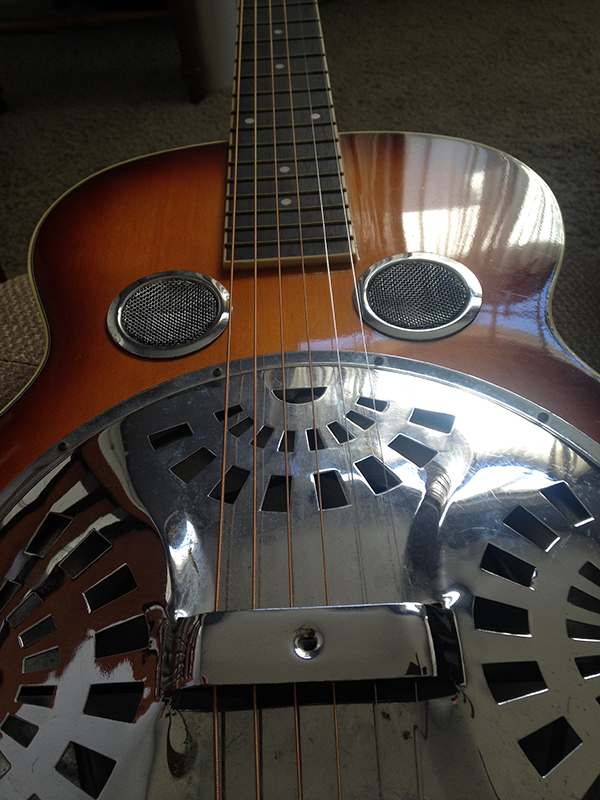 03 Feb Steal This Song – The Music

Posted at 10:33h in Songwriting by otkadmin 0 Comments
0 Likes
Share

Now that I had lyrics for my “road song”, I needed some music.  In the spirit of the project, I wanted to experiment a bit.  First of all, I decided to write the song in a DADGAD tuning.  This is just an alternate tuning for a guitar and a very popular one for songwriters.  I write and perform in several different tunings, but for some reason, I have never written or even learned a song in DADGAD, so I thought this would be a good chance to learn a little.

I also decided that I would use my dobro on the song.  It’s a lap guitar that you play with finger picks and a slide bar.  I’m not very good at the dobro, but I LOVE to play it.  I figured there was no harm since this song was just an experiment anyway.

Finally I decided to attempt to sing the song very quietly.  This is not my forte.  I feel much more comfortable belting out something.  I just don’t think my voice is strong enough to sing quietly.  I am amazed at the singers who can sing so beautifully in a whisper.  But again, there was no risk so why not give it a try.

I wrote the basis for the song one late night in a motel in Alamosa, CO and recorded it back in my home studio.  As I expected, I’m not thrilled with the vocals and in terms of dobro playing I’m no Jerry Douglas, but it is what it is.   Here’s a clip of the rough mix.