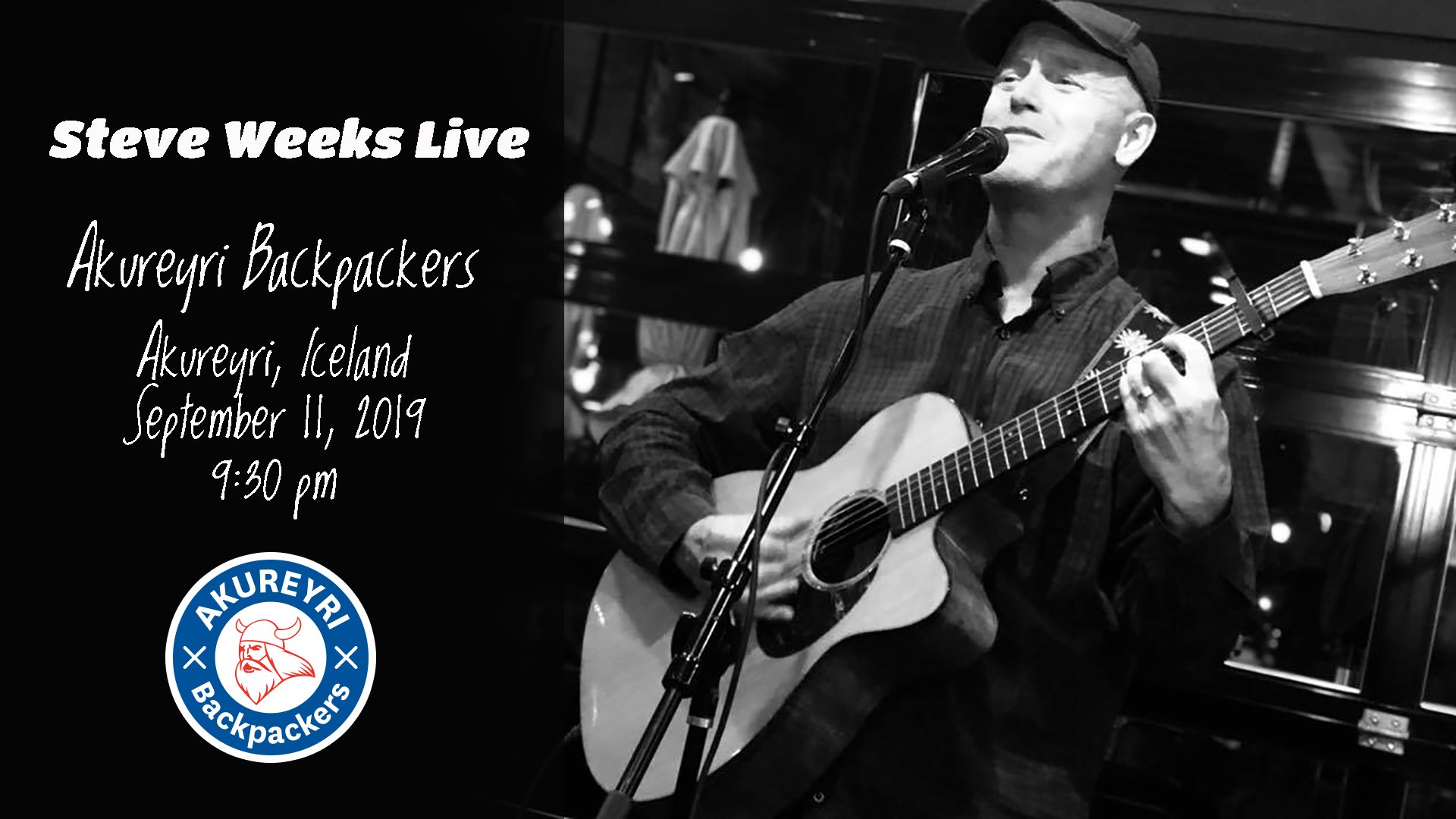 For the past couple of years, I have been trying to learn Icelandic, which is a story in itself.  I’ll just sum it up by saying that I wanted to learn another language, and as there aren’t many languages other than Spanish (at which I’m conversational) that are particularly useful in the United States, I decided to pick one that would be fun.  So I chose Icelandic because I think it is an absolutely beautiful language and one that has a reputation of being very difficult.  As part of my attempt to learn, I had started a pen-pal correspondence with a musician in Akureyri, Iceland, a drummer named Bjarni in a black metal band.

I didn’t know if I’d ever be able to visit Iceland, but I had always wanted to and now it looked like I was going to finally get the chance.  I wondered if it would be possible for me to perform while I was there.  We were only going to have 3 days in Iceland, but I would have my guitar with me, so why not try?

I tried contacting a few places in Reykjavík where I was flying through with no luck.  So, I started considering whether I could make it up to Akureyri during such a short visit.  It’s about a 5 hour drive from Reykjavík, so that meant that I’d be on the road for a large part of the time, but there’ are worse places to do a road trip right?  Plus, I might be able to meet my pen-pal face-to-face, and being a musician, maybe he could help me book a gig.

I reached out to Bjarni and asked for help.  Luckily for me he’s a super nice guy and was willing to give me a hand.  And in a town of only 20,000, which actually makes Akureyri the second largest city in Iceland, he has contacts at just about all of the music venues in town.

After trying a couple of places that Bjarni referred me to, I got some interest from Inga, the owner of a hostel pub called Akureyri Backpackers.  I tried to use my best Icelandic (which was not very good) to communicate with her.  She was very patient and welcoming and agreed to book me to perform on September 11, my birthday, in return for food, drink and lodging for Bill and me.

I couldn’t believe it.  I was not only going to get to perform in Manchester England, but also in Akureyri, Iceland.  It was a dream come true.

The plan was set.  Over the next few months I would continue to practice over the Internet with Hans, Jan, Nico and Yasmine in Belgium, make travel and lodging arrangements, raise more fund to lower the costs for the event in Manchester and dream about the opportunity of a lifetime.

And on September 5 the plan was in motion.